Disclosure: This is a sponsored post that contains affiliate links for your shopping convenience.

Looking for a new movie to entertain the entire family?

Robert Downey Jr. electrifies as the man who could talk to animals: DOLITTLE. After losing his wife, he hermits himself away behind the high wall of his manor but is forced to set sail on an epic adventure when the queen falls gravely ill. Helping Dolittle in search of a rare cure are his rambunctious animal friends—including Chee-Chee (Malek), an anxious, self-conscious gorilla; Dab-Dab (Octavia Spencer, The Help), an enthusiastic but bird-brained duck; the bickering duo of cynical, neurotic ostrich Plimpton (Kumail Nanjiani, The Big Sick, “Silicon Valley”) and chilly-but-chill polar bear Yoshi (Cena); as well as a headstrong parrot named Polynesia (Thompson). Catch incredible bonus content that you can only see on the 4K Ultra HD™, Blu-ray™, DVD, and Digital release showcasing the making of the film and insight to all the cast. 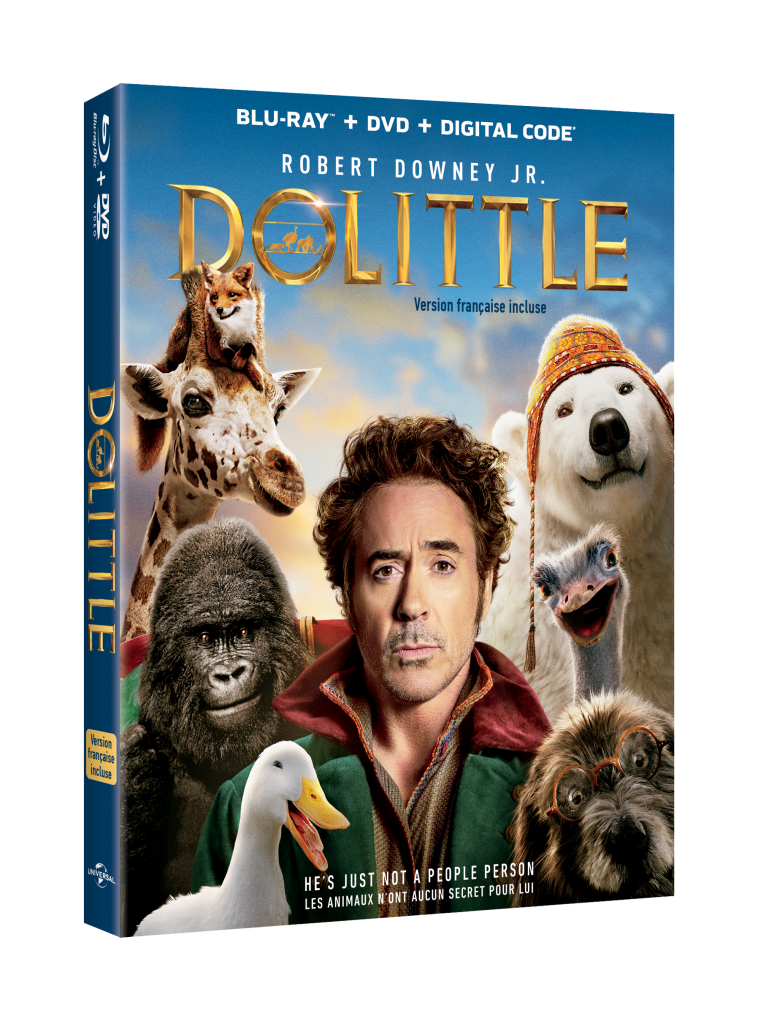 Dolittle is the perfect movie to add to your collection right now! It’s an imaginative film that is perfect for the whole family.

Pick up a copy of Dolittle in stores and online now.

One lucky reader will WIN a copy of Dolittle.

To enter, name me your child’s favourite animal, then fill out the Rafflecopter form below.

Giveaway runs from Mar 24 to April 1, 2020. Giveaway open to Canadian and US residents. Mandatory question must be answered to be eligible to win. Void where prohibited. See my Terms & Conditions for full giveaway info.